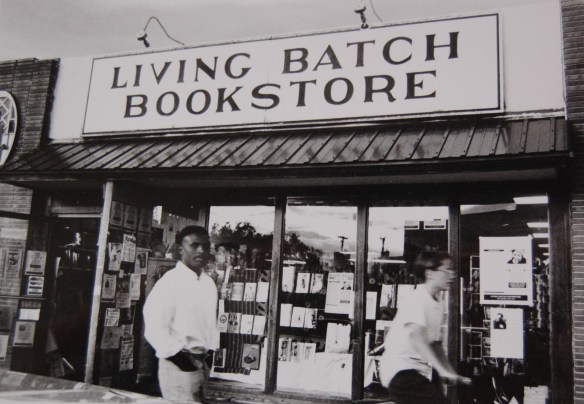 The Living Batch, one of the oldest bookstores in New Mexico, is closing next month, after being in business on the same block for 27 years.

On Dec. 24 it will shut its doors at 106 Cornell SE, which is next door to the Frontier restaurant.

“The main reason we’re closing is that I don’t want to do it any more,” said owner Gus Blaisdell, a parttime film instructor at the University of New Mexico.

But that decision is influenced by several factors.

One is the arrival of the mega-bookstores in the Northeast Heights.

Their immediate effect is that a variety of customers no longer shop at the Living Batch.

“Before the superstores, we discovered that the most interesting sale days in our store were weekends. People drove from all over the city to come and shop,” Blaisdell said.

Another factor is his disenchantment with mainstream publishing.

“The price of books is excluding young readers,” he said, noting that three hardback books can retail for as much as $100.

Blaisdell said he’s considered, and rejected, the notion of reducing the store’s space and narrowing the subjects to what the Living Batch specializes in — alternative fiction, poetry, politics, art and architecture, psychoanalysis and works from small presses.

If the store changed its direction and size, Blaisdell said, there probably wouldn’t be sufficient readers to buy books “in these prices, in these times in Albuquerque.”

In addition, he said, none of his children nor present or former employees expressed interest in maintaining the bookstore.

“A literary period of mass readership for the small bookstore is passing out of democratic politics,” Blaisdell said. “I think inexpensive books should be available to a large number of people, if they want to read.

“So, through various circumstances, we have become extinct.”